var vs const vs let in javascript 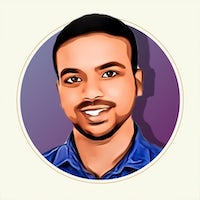 If you have started learning JavaScript and even if you are in the early stages you must have come across var, const, and let variable declaration.

The const and let were introduced in ES6 but before that only var was the only way of variable declaration. Each one of them has its properties, scopes, and uses.

Let us understand each one of them, the main differences between these ways of declaring variables

Variable declared with var are mutable i.e. they can be reassigned or even declare first and initialize in another step

var is Global scoped and functional scoped.
A variable has global scope when it is declared outside the function and that variable is accessible anywhere in the code

Now the functional scoped says that if a variable is declared with the var keyword inside a function, it cannot be accessed outside it

We cannot access the firstName variable outside the function lexical scope.

const and let are blocked scoped(we will this understand in a second). But first, let's look at the difference between them.

let is mutable (as seen in var) whereas const is immutable.

As we can see in the below example, we can declare the variable at one instance and assigned a value to the "item" variable later or even reassign a new value to it.

So in const, we need to declare and initialize the variable at one instance only and we cannot reassign/change the value.

Now both const and let are blocked scope i.e. we cannot access the variables outside parenthesis{} whether the block is a function or conditional statement

As the variables "number1" and "number2" are declared inside the if statement block we cannot access them, whereas in the case of var we can access it as it is function scoped not block scoped.

As you can see in the above example we can change the properties of the object variable declared with const but cannot reassign the entire object.

As we have used a similar name "a" to declare and initialize the variable. Inside the block, the value of "a" is 8 and outside the block i.e. on the global object the value is 5.

In the above code, the variable "name" is accessible even before its value is declared or initialize. As the JavaScript is parsed, before executing any function/code, the parser searches for any variable or function declarations and it sets a memory space for them with value as undefined.

So here before execution, the variable "name" is stored in the memory space with the value of 'undefined' before any of the log functions are executed.

This entire phenomenon is called Hoisting .( will explain in detail with another blog)

This scenario will throw an error if we used let or const instead of var, as these variables do not get hoisted.

It's a common practice to use let,const instead of var, as the former two are blocked scope and not accessible outside the block, as it makes the code more secured so if anybody changes the value outside the block it will bot affect the functionality of the entire code.

Even in between const and let, use const wherever possible as it makes the code more readable as we understand if the value of the variable will be updated or not further down the code

The above-mentioned points are good enough to get you started with var, let, and const.

Thank you for your time for reading the article, give a follow on my twitter as I am documenting my learning